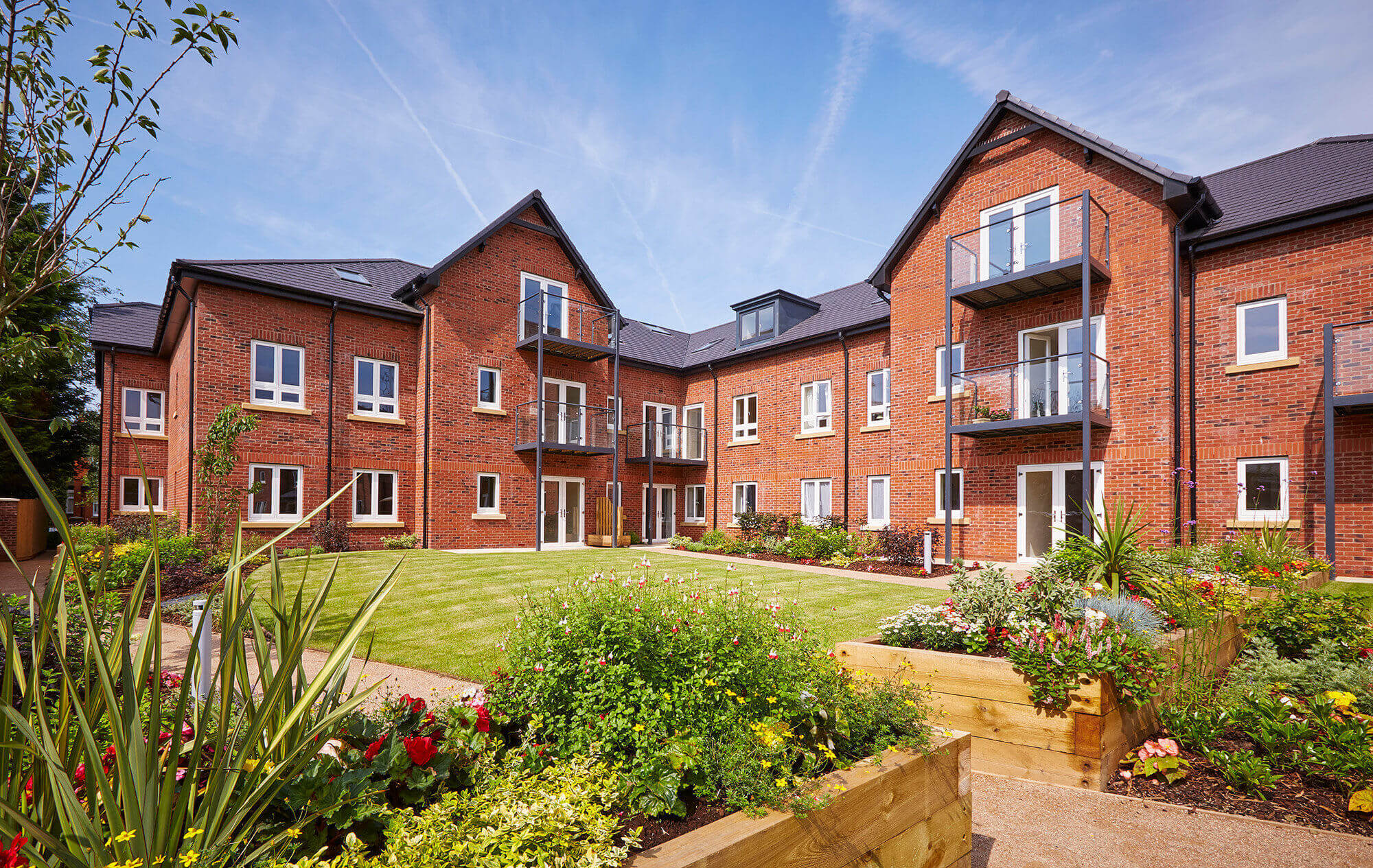 Enjoy your retirement to the full, with help on hand if you need it

Find a Home Make An Enquiry

Joyce Burgess wanted to continue to enjoy an independent and active retirement, safe in the knowledge that additional care is available for the future.

Joyce moved to The Chimes in Cheadle in July 2019 and immediately felt at home.

“I love it here. The day I moved in I sat out on my balcony and thought this is absolute bliss – and I have never stopped thinking that. I find everyone in the village is polite and helpful and it has a lovely local atmosphere. Here in The Chimes, they can’t do enough for you. I’m not used to being waited on. It’s wonderful!” Before marrying her husband and supporting him with his group GP practice in Withington, Joyce was a medical laboratory scientist.

“We got married and set up practice in 1958. Peter was a GP and I answered the phones and did all the running. In 1970, we moved with our two young daughters to a family house on Adlington Road in Wilmslow. We were there for 25 years.”

Her experience of older relatives at that time shaped some of her thoughts about her own future retirement.

“At that time, we had three parents. My father died when I was 16 but my mother lived until she was 92. When we moved to the family house, she came to live with us in a separate two bedroom extension at the side.

“Peter’s parents were in Didsbury in the house that they’d moved into in 1926 when they were married. His Mum died and his father lived there and wouldn’t move until he was so ill that Peter went one morning and said ‘well you either go into hospital or you come with us’. He didn’t want to go into hospital so he came.

“I thought, having experienced this, I just don’t want to ever get to that stage when somebody’s got to move me.

“I think some people have a perception of retirement communities, sitting around and doing nothing. That couldn’t be further from the truth here. I go to Physiofit every week and I’ve just started chair yoga. Last week a group of us went out for lunch at a local restaurant. I go to the hair dressing salon every week. I’ve made some really good friends here.” After 25 years in their family home, the couple moved to a bungalow in Wilmslow.

“Over a period of about five years, the two girls got married and our parents died and we rattled about in that big house. We bought a bungalow, which was 10 minutes from Wilmslow Station, and we were there for another 25 years.

“As soon as Peter was semi-retired, we started travelling again. We went all over the place: South America, the Galapagos Islands, India, Australia, New Zealand, China. We went Gorilla trekking in Rwanda: we camped by Lake Victoria in Tanzania and crossed into Rwanda. Our guides cut a path with machetes to a clearing and we saw a great big Silverback. It was the most incredible experience.”

“I carried on in the bungalow because it was so convenient but I think it’s important that you recognise the signs when you are aging. When you are slowing down and things become difficult, it’s important to move before that. Otherwise you can get beyond moving.

“I had a chap who helped to maintain the garden for me. He came once a fortnight and I had a lady who came to clean once a fortnight. I couldn’t have managed without those two helps.

“Now, I don’t even have to put my rubbish outside. Instead of trundling three bins around every week, it’s collected every Tuesday and Friday from just outside my apartment door.

“I still go on holidays, although I don’t go as far flung now as I used to. I’ve never been on a holiday where I haven’t made friends.”

Coming from a medical background, Joyce has always been very practical about potentially needing additional care at some point in the future.

“I faced the fact that this is the last move of my life. I’m fortunate in that I can pay for long term care if I need it. Having experienced how my husband went downhill so quickly, I looked into the care options when I chose to move here. I think that is paramount in any older person’s life now. It was very important to me that I can move in now, when I don’t need any care or additional support, but it’s available if there is a time when I need that.

“I think the overriding point that I would like to make is not to leave it too late. To do it whilst you’re able. No matter what stage of life, moving to a retirement living community will be a major decision. Our parents were always saving for a rainy day. The most important thing is to recognise your rainy day!” “I had always thought I would move home in the future but when I came to look at Adlington I thought this is the future. The day I moved in I sat out on my balcony and thought this is absolute bliss – and I have never stopped thinking that.”   Mrs Burgess – The […] 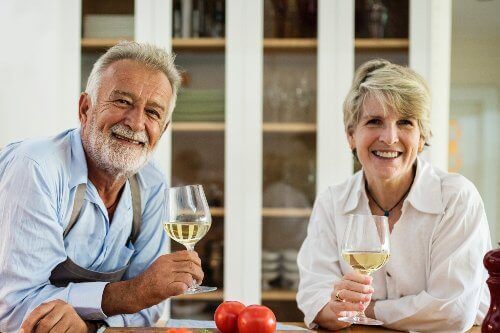