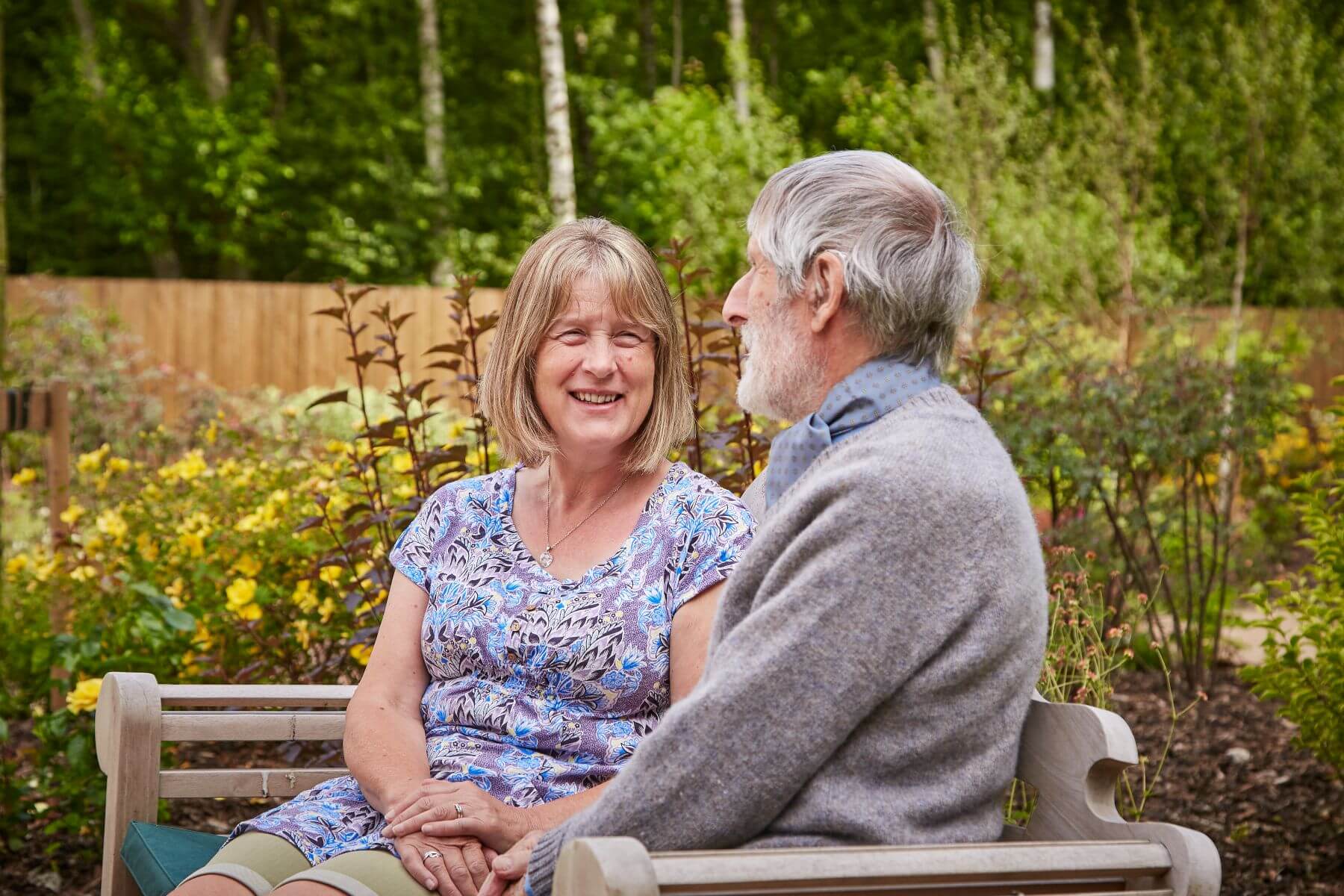 So thrilled Dad is living here

Back To News
9th Jun General

Nigel moved to Jacobs Gate in December 2020. His children, Maria and David, wanted to make sure he would be happy in his new apartment, having previously lived in their family home in Brentwood for 50 years. Nigel grew up in Limpley Stoke and Bradford on Avon. He met his wife, Marion, who came from Barking in Essex, on a boating holiday in 1953.

“We all came from different colleges and places and met at the Broads. We got engaged in 1954 and married in 1955. So, it’s one of these genuine holiday romances that they say never work!”

After their marriage, they bought their first house.

“We’d been living in London in a flat for a while and we looked around in Brentwood and found a small ‘two up, two down’ cottage that we bought for £850 in 1956.

“I worked for British Petroleum as a cartographer back then. I mainly drew maps of underground oil structures. Marion was a teacher in Barking. She actually taught at the local school that she had attended as a youngster.”

Nigel and Marion had two children, Maria and David.

Maria: “I was born a short walk from that first house in a maternity home. Opposite the house was a common, which had been part of Epping Forest in ancient times, and there was a pond and trees. It was massive and we were allowed to play out there.”

“We lived in that first house until 1970 and then Mum and Dad moved just around the corner to a four-bedroom detached house with a big garden, where they lived from 1970 until 2020. Dad has lived in Brentwood for 65 years and 50 of those were in the last house.”

Maria: “We had a lovely funeral with well over 100 people attending to celebrate her life. It’s never good when someone dies, however, we were grateful it happened when it did. Mum died in the December and then in March Lockdown happened.

“Obviously, I was down there a lot to help organise Mum’s funeral and we saw a lot of Dad up until March but then from March to June we couldn’t visit so he was totally on his own in the house.

Maria: “Mum and Dad had both said they wouldn’t ever move, and they’d stay in that house forever. Mum had a stair lift and Dad put in all sorts of gadgets and things to make it easier for them to stay.

“When Mum died, Dad went to spend Christmas with my brother in Marlborough. He was thinking of possibly moving but the High Street in Marlborough is very wide and difficult to cross. The shops are up steps too, so he realised it would be difficult to live there.

“We had a 90th birthday celebration last August for Dad. We had 12 people (instead of the 40 planned) on a canal boat and all the grandchildren came and then we went to my brother’s café for afternoon tea. We had a really nice time.”

“Then in September, Dad came up to visit me in Sheffield. We were talking to my neighbours and they said how lovely Jacobs Gate was, so we drove straight there to have a look. The show apartment had just closed for the day and Dad was going back down to London, so I made an appointment to come and see it with my husband.

“When we visited, we thought ‘oh my goodness this is just absolutely amazing!’ so we arranged for Dad to come up and have a look with my brother. Dad had only just walked through the door when he asked ‘where do I sign?’ It just seemed ideal.” Nigel: “I think the size of the apartment, the layout and the fact that you could get a midday meal from the restaurant was a huge attraction. I’ve never had to cook my own dinners, so I’ve never done any cooking at all.”

Maria: “Since Dad’s moved in, we’ve been really impressed with the food. The chefs are lovely, the staff that bring the food are lovely and the food is excellent. We had hasselback potatoes one day and mentioned that we’d seen them on MasterChef the night before and the chef said that’s where they got the idea from. They’re not just doing any old dinner, they’re looking at MasterChef, they’re looking at recipes, they’re getting ideas. It’s all fresh and it’s thoughtful.”

When the restaurant had to close temporarily during the lockdown, the kitchen team prepared freshly cooked meals each day and delivered them to homeowners’ front doors so they could eat them in their apartments.

Maria: “It’s amazing, they’ve really coped with Covid extremely well here. They’d have two trolleys, so one stayed outside Dad’s apartment, and they would bring the food on another trolley and transfer it over and he brought it in.”

Nigel and Maria have also been impressed with Nigel’s apartment at Jacobs Gate.

Maria: “The way that the apartments are built is really good. They’re very solid, you can’t hear neighbours and it doesn’t feel like you’re on top of people.

“The showrooms were very well designed and very well appointed. We were really impressed with the storage rooms in the apartments. There’s a room for your washing machine with lots of space, and there’s another boiler room which is huge. That’s now Dad’s garage, with shelving all down one side. Everything that came from home now fits in there as if it was made to measure.

“We picked a two-bedroom apartment so the second bedroom, can be a ‘work room’ and again all of the cupboards, filing cabinets and table fitted in. If you saw the size of the van that came, it was incredible. It was almost like this apartment was the TARDIS!”

Nigel: “My son and daughter picked this apartment that’s quite large, with a double balcony, and I brought a couple of corkscrew hazel plants with me when I moved which really look very nice.”

Maria: “The gardens are so lovely here and the upkeep of them is gorgeous. The landscaping here is infinitely nicer than anything we’ve seen elsewhere. The variety of plants in the garden and the space outside looks very appealing. It’s a real sun trap too. “Since Covid’s been easing, Dad and the other homeowners have been able to go and sit outside for coffee. When he lived at his old house he would never sit in the garden. He’d do work in the garden, but he’d never sit out and have a coffee or his meal out there, but he’s been sitting outside all the time here. You ring up and he’s not in. He’s outside chatting with the ladies in the garden!”

The sense of community, the facilities at Jacobs Gate and the additional support from the on-site team were another draw for Maria and Nigel.

“We’ve been really impressed with the way the team make sure they know that everybody is alright. It’s much more than we expected.”

Nigel: “With this button that I wear around my neck, if I were to fall on the floor, that would record that I had fallen, and somebody would come up to see what I was up to.”

Maria: “Dad had one time when he needed someone in the middle of the night and used his button because he had vertigo. It’s probably only ever happened twice in his life before. It was very reassuring. They spoke to the duty doctor and arranged a prescription.

“What was lovely was that the lady who was working that day went above and beyond because when her shift finished, she went to the chemist in Tesco and got the tablets for Dad. That was very kind.”

The move has given Maria and David peace of mind, knowing that help is on hand immediately, if ever it’s needed.

Maria: “He could have rung me to come round. We’re only eight minutes around the corner, or two in the car. That was another reason for the move – to be nearer to me if needed.

“It definitely gives me more peace of mind. My husband and I just went away this week to visit our friends who have moved to Cornwall, knowing that Dad was fine. He’s probably had more fun with us not being here. Our holiday tied in with the restaurant at Jacobs Gate opening again so that’s been really good.”

Since the lockdown restrictions have eased slightly, Nigel has taken part in some of the communal activities at Jacobs Gate.

Maria: “He’s been doing aerobics. I mean he’d never do anything like that before! There are loads of things like that that they’re bringing in. He’s a very sociable chap and everybody tells us how much they like him.”

Nigel: “I seem to get on with everybody. I make the most of the communal areas and I enjoy talking to people, now that we can socialise, although we make sure we keep our distance apart. I’ve had a very nice time since I’ve come here and I don’t think I could have done anything better anywhere else, so I’m very pleased.”

Maria: “I think it’s just marvellous. The whole ethos and the feeling behind the place. All the staff are lovely, we’ve not met anybody who isn’t. I don’t know what the ethos is – I’ve never seen it written down – but you can just feel it. It’s a really good combination of high-quality standards and caring people. We are so thrilled Dad is living here, it’s just the right place for him and we are excited for his future.” 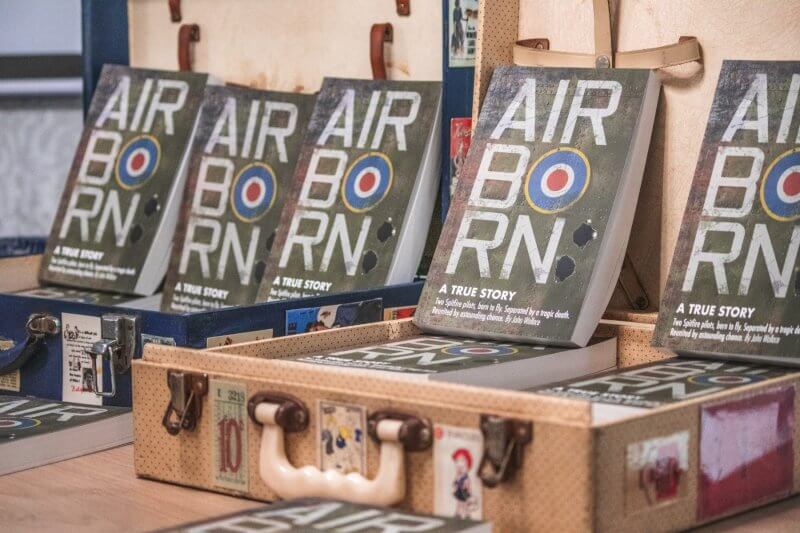 Homeowners at The Cottons in Ramsbottom welcomed a local author last... 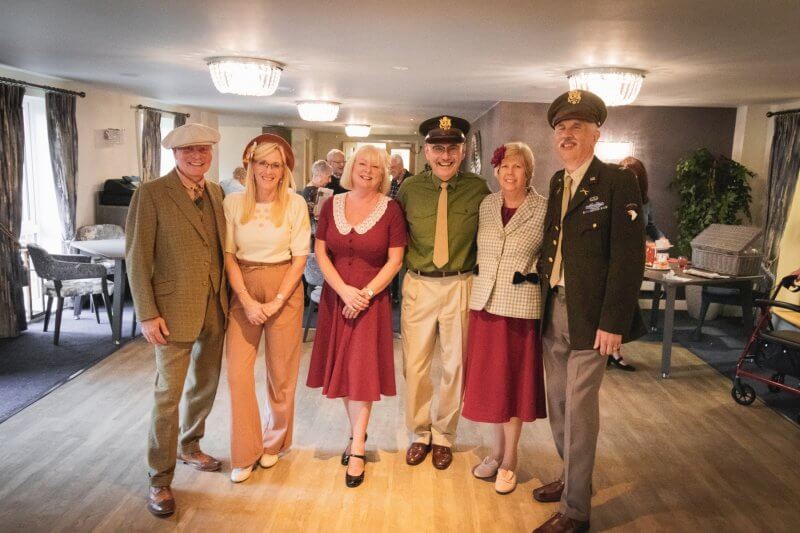 Homeowners at a retirement community in Southport enjoyed an afternoon of...